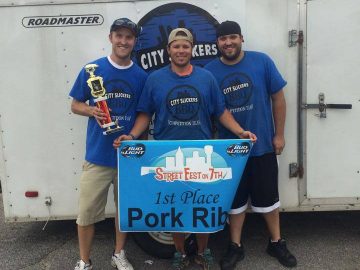 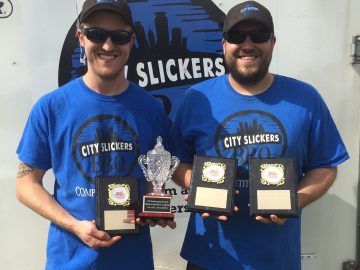 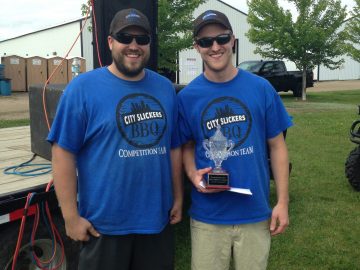 The City Slickers BBQ team consists of brothers Nate and Josh Berg. They participated in their first contest in 2009 and were instantly hooked. Since then, the brothers have competed in dozens of contests throughout Minnesota, Iowa, Wisconsin and Missouri. Although they are one of the youngest teams in competition bbq (26 & 30), they are a contender in every contest they enter. In June of 2015, they finally took home the elusive Grand Champion award finishing with a 1st place call in pork and brisket, and a 2nd place call in ribs. With this victory, the team was invited to the American Royal in Kansas City. Out of 606 teams, they were awarded 20th place in chicken, 16th in ribs and 12th overall. The team plans to compete in 12-15 contests this season. Learn More